This is the second of some of my look back on 2014 posts. To see the other ones, take a look at the jahresrückblick14-tag

I tracked my location data with OpenPaths since the beginning of 2014. OpenPaths comes as an application for your phone, which tracks its location, uploads it to the OpenPath servers, where you can donate your data for scientific research, and look at the data yourself.

To do this, we grab a .CSV file with the location data. Log in to OpenPaths, and click on CSV under Download my data, which gives you a comma separated list of your location data, which can then visualize with R, which is what we’ve done here.

We want to plot the location points on a map, which we can do with the wonderful ggmap library. First, we load the CSV file and display a summary of the data.

Interesting points in our data are

We can get the extreme points out of the data pretty easily. To do so, we subset the data depending on the value we want to have, build a Location from these points, grab the map from that location, display this map and add a pointer.

For the most northern point, this goes like so: 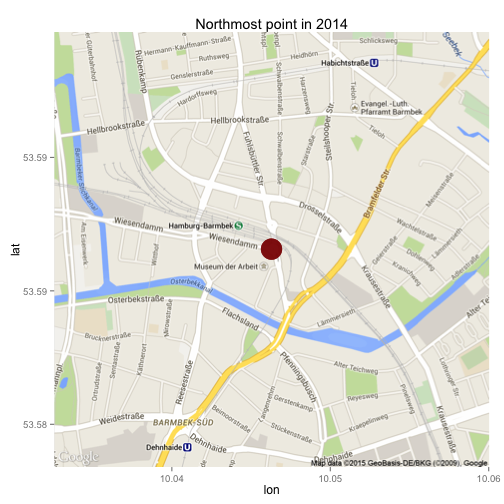 The rest of the extremes can be extracted accordingly. 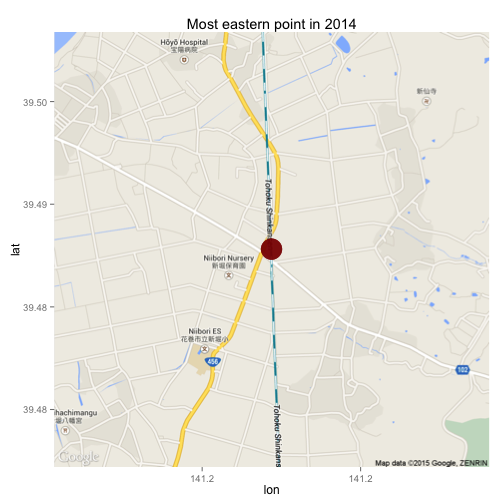 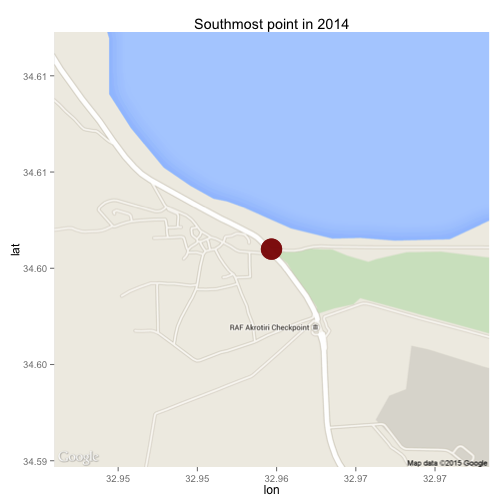 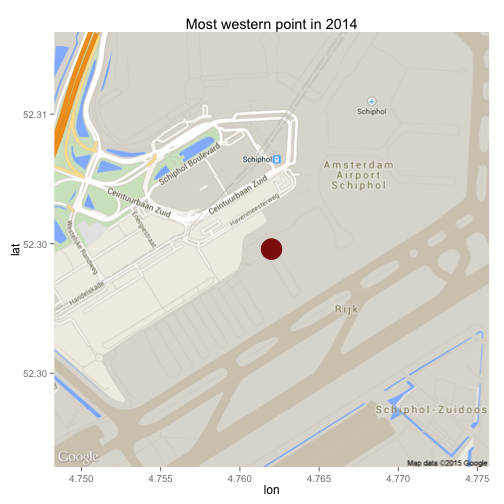 The highest peak I reached in 2014 was the Bettmerhorn, probably while skiing. The lowest point at -48 AMSL was at home and is probably a fluke in the GPS data :)

Where was I in Switzerland? 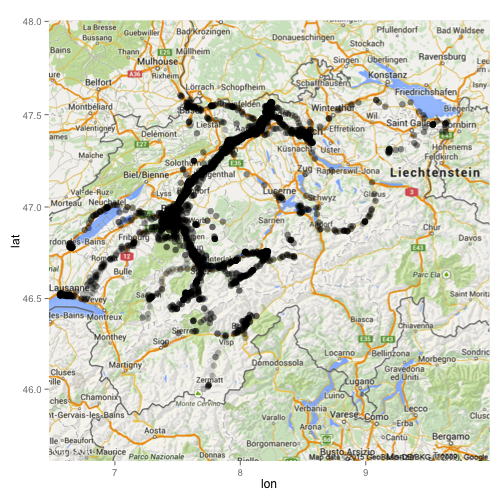 If you’d like to see the full R code (in R Markdown), you can take a look at the OpenPaths.Rmd on my GitHub account.

habi
Working father, generic geek and typography-nerd. Ex-messenger (still one at heart), with a PhD in ultra-high-resolution tomography.

This site uses Akismet to reduce spam. Learn how your comment data is processed.